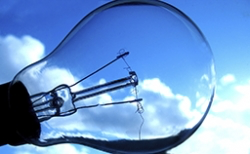 This post is part of our ongoing series on the Clean Power Plan. Each report focuses on a different aspect of the administration’s Clean Power Plan rule and its impact on the energy sector.  For more information on how your facility may be affected by the new rule, please contact us at info@camsesparc.com or at (281) 333-3339.

The heart of the Clean Power Plan lies in two new emission performance rates for fossil fuel electric generating units (EGUs) developed based on the three building blocks determined by the EPA to be the best system of emission reductions (BSER). These performance rates serve as the technical and legal backbone to the current CPP and the basis for the each state’s rate-based (lbs/ New MWh) and mass-based (short tons) emission goals.

What facilities are impacted?

Before the EPA could set state emission goals, an emission standard that was achievable solely through the efforts of specific existing sources had to be established. Having specific existing sources, labeled “affected units”, as the foundation for the state goals is important not only because of its influence on the development of state-level implementation plans, but because these sources will be the only ones required to participate in the federal trading program if a state fails to develop its own plan.

What are the emission performance rates?

After determining which sources would be subject to the new rule, the EPA went on to calculate the performance standard based on what it found to be (i) achievable by the source categories, (ii) adequately demonstrated in practice, and (iii) most effective at reducing emissions while considering, cost, energy impact, and ancillary health and environmental impacts.  The agency ultimately settled on emission performance rates comprised of three “building blocks”:

From these building blocks, the EPA developed emission performance rates based on the carbon intensity of each subcategory of affected units (see below).

The EPA developed both rate-based and mass-based goals for each state. The rate-based goal weights the two emission performance rates according to the generation mix of each state to determine the composite goal. As a result, coal heavy states, like Colorado, have a higher rate-based goal (i.e., 1,174 lbs of CO2/Net MWh) while others, like Massachusetts, have a much lower goal (i.e., 824 lbs of CO2/Net MWh).  A higher state-level goal is indicative of a greater concentration of fossil fuel steam EGUs within the state versus stationary combustion turbines.

The state rate- and mass-based goals are established for each of three interim periods, 2022-2024, 2025-2027, and 2028-2029. The goal is not required to be met every year within a discrete interim period, so long as the average performance within the given interim period meets that interim period goal (i.e., all emission reductions can occur in the last year of the interim period, provided they are steep enough to offset earlier emissions). This gradual implementation culminates in 2030 when a state is required to meet its final performance goal.  Beginning in 2030, states must meet their final goal for every two year successive period. The CPP is designed so that the post-2030 goals can easily be made more stringent if deemed appropriate.

What is the impact?

The EPA estimates that coal will still provide about 27 percent of the projected generation in 2030, with natural gas providing about 33 percent of the mix. To put that in perspective, this past May, the U.S. Energy Information Agency (“EIA”) forecast that, without a Clean Power Plan, coal would make up approximately 37% of the U.S. electric generation mix in 2030, with natural gas composing 29%. When the EIA considered a more abundant natural gas supply and more efficient extraction methods in their forecast, the projected mix shifted to 30% of the total for coal and 38% coming from natural gas.

In our next installment, we will discuss how state implementation of the new rule will affect individual operating units.