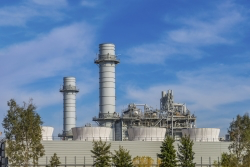 The D.C. Circuit Court will hear arguments on the Clean Power Plan (CPP) en banc next Tuesday, Sept. 27 in Washington.  The court has announced that only judge Garland, who is nominated to the Supreme Court, will recuse himself from the hearing.  The participation of judge Cornelia Pillard, brings the D.C. Circuit Court’s en banc hearing to a total number of 10 judges hearing the case, opening the possibility of a 5-5 deadlock on the CPP.  Should this happen, the decision could be resolved at the Supreme Court, where a 4-4 split is currently possible due to the vacancy of the late Justice Antonin Scalia’s seat.  If no Court is capable of reaching a final decision, it is possible that the CPP would stand.  However, this “double deadlock” is unlikely, as it is expected that the vacancy will be filled before the case reaches the Supreme Court.

The 10 judges hearing the case next Tuesday, Sept. 27 include six Democrat appointees and four Republican appointees.  Judge Pillard, who did not participate in the May decision by the D.C. Cirucit Court for an en banc hearing, was appointed by President Obama.