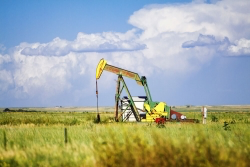 Continuing what has been a steady march towards tighter air regulations on upstream and midstream facilities, on August 17, the EPA released two proposed rules that address fugitive emissions from oil and gas production and transmission sites as well as a new federal plan for wells in Indian Country. While the new requirements come as no surprise given the Administration’s 2014 “Climate Action Plan: Strategy to Reduce Methane Emissions” and the subsequent technical papers issued in January of this year, Bloomberg Business reports marginal drillers and those who have failed to prepare for the new regulations will likely fold if the proposed rules go into effect and oil and gas prices remain at their current levels.

Key aspects of the proposed rules include:

It is important to note that re-completions at existing wells are considered “modifications” and subject the sites to the above New Source Performance Standards. The EPA anticipates its final rules to be issued in early 2016.