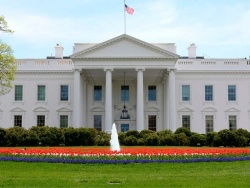 Yesterday, President Trump signed an executive order concerning the controversial Waters of the United States (WOTUS) rule finalized in June of 2015. The order requires the EPA and the Army Corps of Engineers to publish a new rule that either rescinds or revises the 2015 WOTUS rule.  The order also suggests that the agencies follow a curtailed interpretation of what types of waterbodies are subject to the Clean Water Act.

The Clean Water Act authorizes the federal government to regulate pollution discharged into navigable waters of the United States.  The issue at hand in both the WOTUS rule and the recent executive order is how far this authority extends with respect to tributary rivers, streams and wetlands that flow into navigable waters. In 2006, the Supreme Court failed to provide clarity to the issue when a 4-1-4 decision left no majority consensus as to which tributary waters are included under the jurisdiction of the CWA.  With the four traditionally liberal justices and four traditionally conservative justices divided, the EPA and Army Corps of Engineers have largely followed Justice Kennedy’s position that wetlands were subject to the Clean Water Act if they “significantly affect the chemical, physical and biological integrity” of waters more readily understood as “navigable” (e.g., the Mississippi River). The 2015 WOTUS rule cited this interpretation as an important element in its formulation, although many groups have argued the WOTUS rule expands beyond what Kennedy intended.

The executive order signed today instructs the agencies to rescind or revise the WOTUS rule and urges the agencies to do so pursuant to the late Justice Scalia’s interpretation of the Clean Water Act.  Specifically, the interpretation that intrastate tributaries, like certain wetlands and streams, are under the jurisdiction of the Act only if there is a continuous surface water connection to navigable waters.  Given the variability of surface water in wetlands and streams, a Scalia-driven revised rule would likely remove CWA jurisdiction from several waterbodies previously covered by the WOTUS rule and Kennedy opinion. The order did not provide a date by which the agencies are required to intitiate notice and public comment procedures for any proposed action.

The full text of the WOTUS executive order is available here.